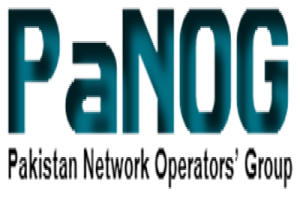 In last week, representatives of APNIC, ISOC and ICANN were present in Islamabad – Pakistan. They have meetings with the leading IT & Telecom organizations and conducted a very successful one day workshop on “Internet Governance and Role of its Stakeholders”. There were open formal & informal discussions on Pakistan Network Operators Group, during the whole week.

Mr. Srinivas Chendi (Sunny) from APNIC played a vital role to take all the stakeholders on board and held meetings with current Executive Committee (EC) of Pakistan Network Operators’ Group (PaNOG), ISOC Islamabad Chapter, ISPs, academia, public and private sector to bring all them on one platform.

The new Domain Name www.pknog.pk has been registered and work is underway to incorporate this change on website, social media groups and mailing lists. A new 7 members Executive Committee, consisting representatives from academia, operators, public and private sector has also been formed to govern and took forward all the matters and activities of this group. All the members of new EC are very enthusiastic to formalize activities of this group and to make it very active NOG in Asia Pacific region.

Big credit goes to Srinivas Chendi (APNIC) and Mr. Naveed ul Haq (ISOC), who remain fully engaged with the local community full week. They made big contributions to build this community consensus and to make it happened.

Moving altogether in positive direction, we can achieve the objectives of this group.