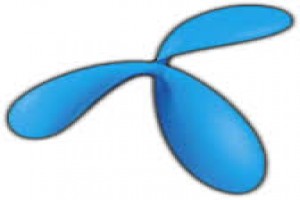 ISLAMABAD: Telenor Pakistan has declared to extend its 3G footprint to 45 cities by the end of October. Initially Lahore, Khanewal, Malakand, Rahim Yar Khan, Murree and Nathia Gali, and Lower Dir, Mansehra, Sukkur, Larkana, Ghotki and Bhakkar will be equipped with 3G service by the end of this month.

A free trial of 3G services will be offered to customers in these areas for two weeks, including up to 50 MB per day. After announced Telenor jump apex in Pakistan to NOK 451 million in Q3 from NOK 269 million a year earlier. It said 3G coverage was available 33 cities with 1,500 sites at the end of the quarter.

Subscriber growth suffered in Q3 from the introduction of biometric verification of mobile customers in Pakistan. The operator lost 195,000 customers in the three months, for a total 36.377 million at the end of September. The total was still up 12 percent from a year earlier. ARPU fell 12 percent in local currency, hurt by bad weather and tough competition, offset by higher sales of data and voice bundles and increased surcharges on top-ups.

Total revenues reached NOK 1.099 billion versus NOK 1.003 billion a year ago, and adjusted EBITDA rose to NOK 563 million from NOK 511 million. In local currency, revenues rose 6 percent and EBITDA was up 3 percent, helped by increased international revenues and savings on energy costs and network maintenance.